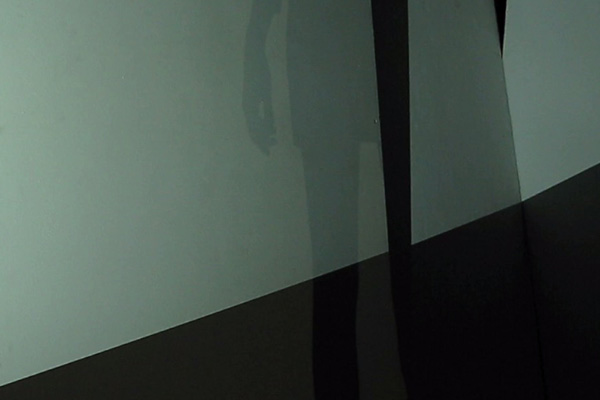 ‘Switch me back on NOW’ is an immersive environment in which the interplay of sound and light invites viewers to experience and interact with the scientific data collected from the brain. The starting point for this work was an art and science collaboration with the MRC Anatomical Neuropharmacology Unit at the University of Oxford. Serena Porrati created a soundscape based on digital manipulation of four different brain neuron signals discovered by the researcher Paul Dodson. Each of the neurons has a unique voice created by its impulse pattern. She has emphasised and looped each impulse to achieve a more harmonic sound. Aga Tamiola looked closer at the Parkinson Disease with focus on the process of freezing, which might affect repetitive activities such as walking, speaking, brushing the teeth, etc. Patient’s mind sends signals to the body but the body is not responding. The freezing patterns have been translated into light.

While maintaining a certain level of synchronization between sound and light Cedar Zhou left the space for the conversation between the two sensations to be mediated by viewers’ movement in the space. The interventions from the viewer to the communication between light and sound signals trigger activation of the cross talk between different areas of the brain. This results in the viewer’s experience of the synesthetic imagery. The communication between the pre-programmed data environment and the viewers’ interventions transfers their passive role into a co-producer role. Freezing patterns have been translated into light and synchronised with the sound by Cedar Zhou. It allows the viewer to experience what might be happening when somebody cannot control their motor-neuron activity. Moreover, there are sensors in the environment that lighten up the closer the viewer approaches leaving the element of control to the one who is willing to manipulate the environment. By doing this the artists would like the audience to observe a process that gets unnoticed in a normal body-mind activity. 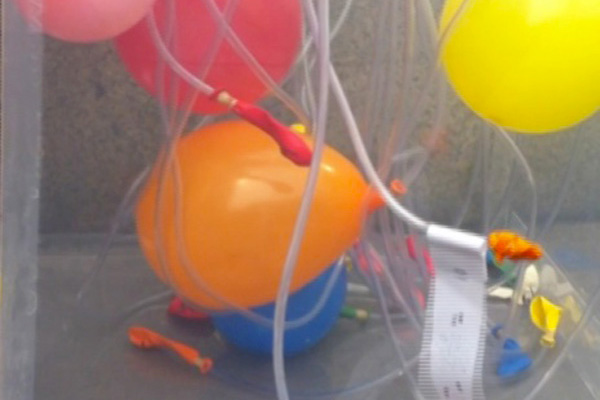 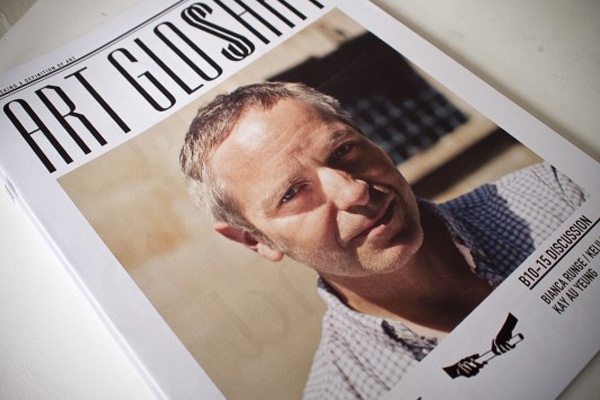 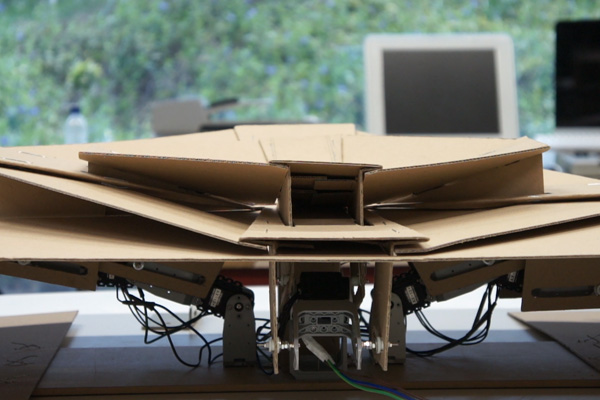